Just because he hails from Limerick, Ireland, don’t expect Johnny Shay to know any. Limericks, that is.

“They’re not as popular in Limerick as you’d think,” says Shay, winner of the 2019 It’s Your Shot contest and one who has called Toronto home for the past two-and-a-half years. However, if you’re looking an atypical, kick-ass singer and songwriter who prides himself in the power of pointed prose - one whose influences include American poet Charles Bukowski, the iconic Bob Dylan and Thin Lizzy’s Phil Lynott - then Johnny Shay is your man.

Sure, he can pull a few love songs out of his inventory, but Shay is more interested in examining the human psyche. “I hate wishy- washy lyrics – I like something with bite,” Shay explains. “And I tend to write about what affects me, including battles with mental health. I’ve struggled with anxiety for years, so I’ve written a few numbers about that – and just the effect that it can have on your sense of well- being and the different ways it can affect the people around you, you know?”

Growing up in Limerick with two sisters, Johnny Shay’s love affair with music began at an early age, as his artistic ambitions were fanned by his parents. “As children, we were always pushed. Our parents always encouraged us to be creative,” says Shay. “I was always driven to a creative career in some regard.”

After a friend’s older brother showed Shay how to pick the melody of The White Stripes’ “Seven Nation Army” on acoustic guitar, Shay was hooked. He began writing songs almost immediately. “Some of my friends were just interested in getting super proficient technically on guitar,” Shay notes. “But I was always more drawn to the song writing and lyrical aspect, rather than trying to shred on your instrument.”

At 13, formed the indie rock band Men of Twenty with three other schoolmates, absorbed the music of Metallica, R.E.M. and David Gray, and performed numerous gigs while squeezing in an audio technician degree at the Limerick Institute of Technology. Men of Twenty relocated to New York for three-and-a-half months, but the end of the band was nigh. “We really gave it our all, but everyone was getting a little fatigued and there was a general consensus that people wanted to do new things. “The guys were disappointed when I said I was moving to Canada, but at the same time, they could understand. I always wanted to pursue a solo career just to see what I could do on my own.”

Landing on these shores, he worked as an audio technician for Westbury National Show Systems, gigging occasionally at the Horseshoe and other Toronto clubs. After submitting “Just Like Death” and “In The Wild” to In Your Shot, Shay discovered he had won. “It’s funny how quick your perspective can change with one phone call, where suddenly you re-evaluate your whole life,” says Shay.

Now signed to Slaight Music/Black Box Recordings, Johnny Shay is prepping new music and intent on making a difference. “There are plenty of clichés out there,” he says. “I want to be more unpredictable.”

There you are: Johnny Shay – songwriter of substance. 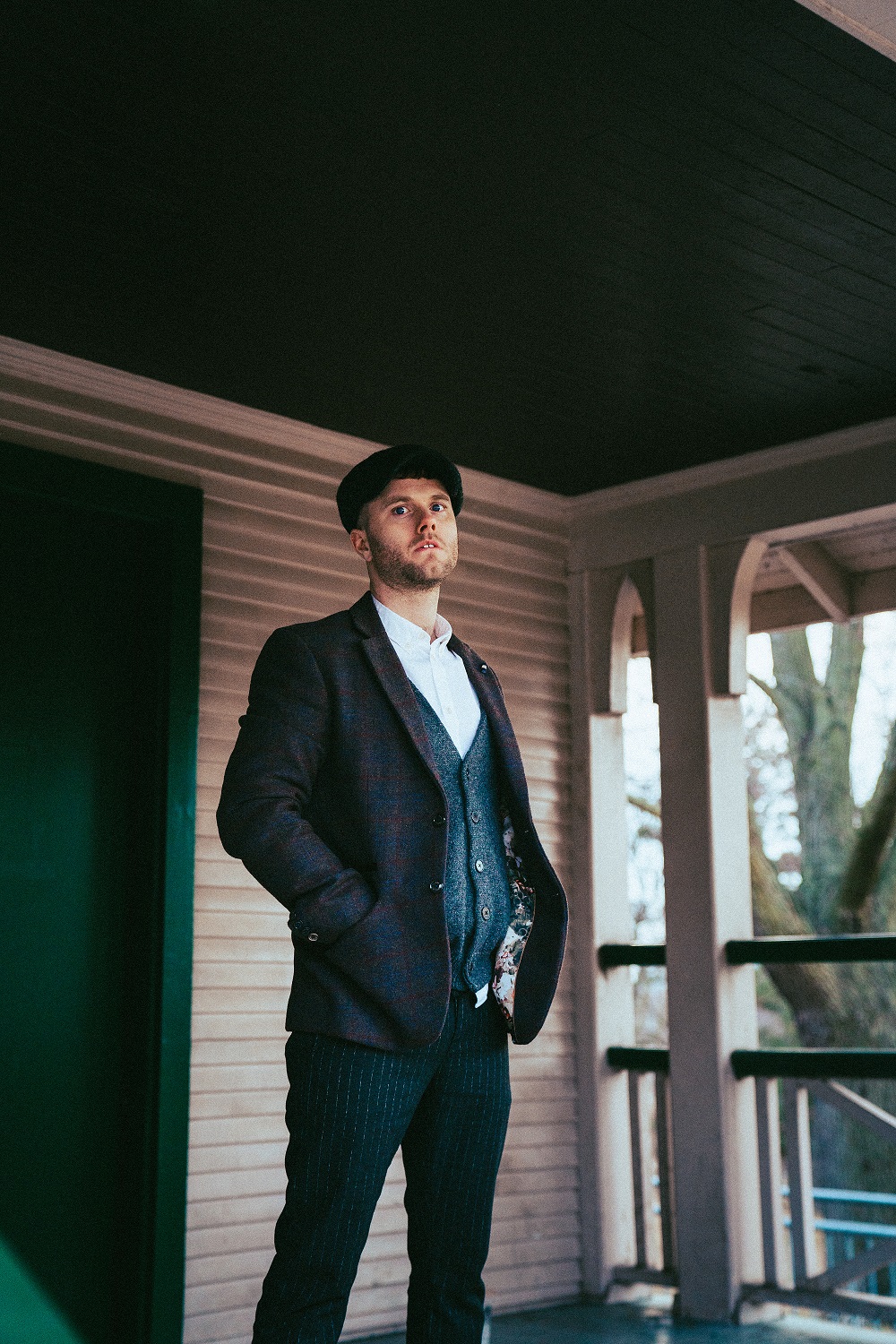