Over the course of their remarkable career, Barenaked Ladies have sold over 15 million albums, written multiple top 20 hits (including radio staples “One Week,” “Pinch Me,” “If I Had $1,000,000”), garnered 2 GRAMMY nominations, won 8 JUNO Awards, had Ben & Jerry’s name an ice cream after them (“If I Had 1,000,000 Flavours”), participated in the first-ever “space-to-earth musical collaboration” with astronaut Chris Hadfield, and garnered an international fan base whose members number in the millions. In 2018, the band were inducted into the Canadian Music Hall of Fame and Toronto Mayor John Tory declared October 1st “Barenaked Ladies Day.”

Known for their tremendous hits and incredible live shows, the band has continued to grow their international following for over 30 years and experienced a whirlwind of successes throughout this last year. 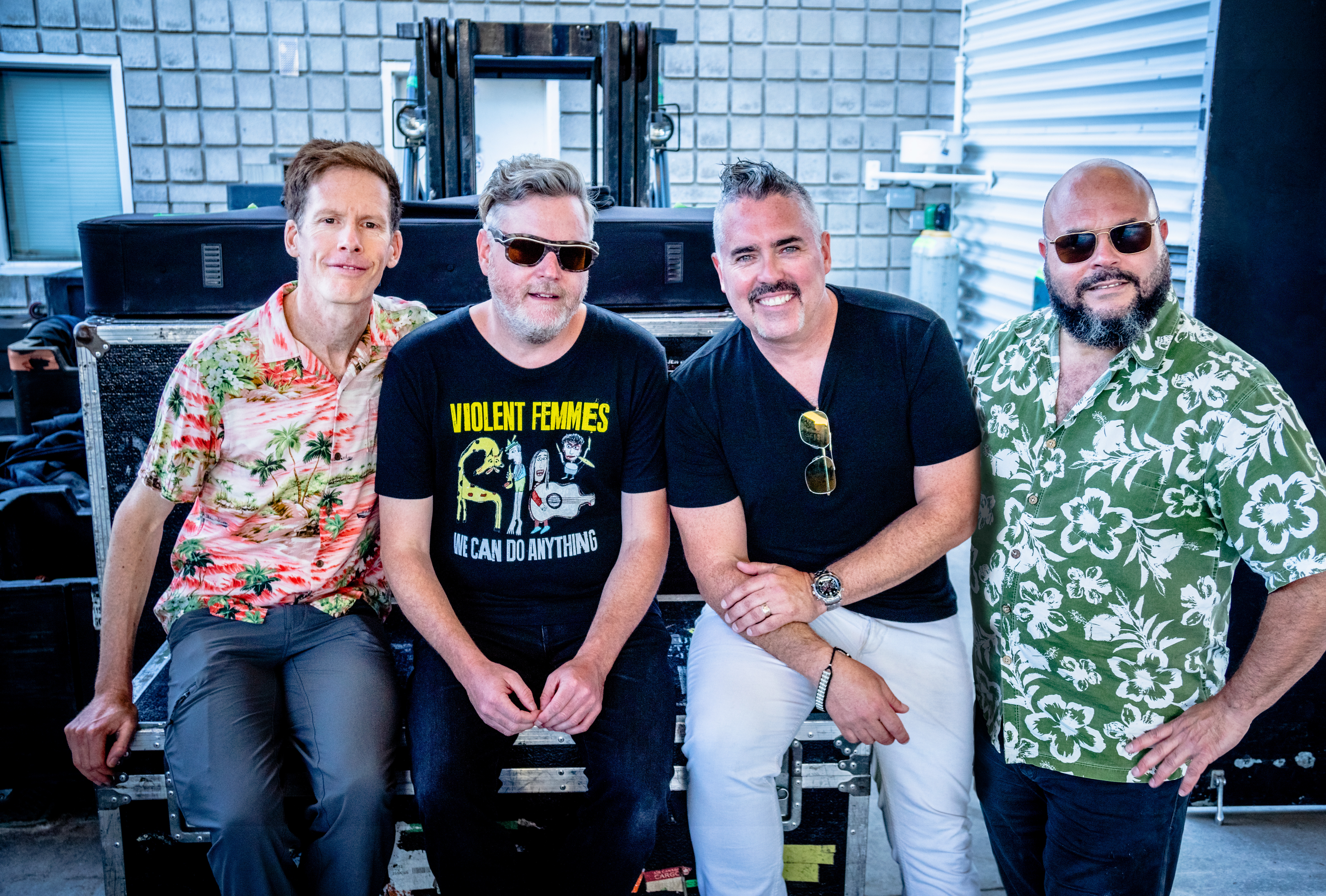 In May 2019, nearly a dozen years after executive producers Chuck Lorre and Bill Prady asked BNL to compose a theme song for a new show they’d created called “The Big Bang Theory,” the multi-platinum band was invited back for the historic series finale. Lead singer/guitarist Ed Robertson recorded a special acoustic rendition for the momentous occasion. The band also performed the theme song that night on The Late Show with Stephen Colbert. “Our association with the show is something we’re all very proud of,” said Robertson, “And being involved in so many fun ways as the show draws to a close is really cool. The chance to play the song on ‘The Late Show’ with the whole cast present is a lovely bookend to an incredible run.”

That same week, BNL followed up their stylistically adventurous 2017 studio album Fake Nudes, with the release of a digital EP, Fake Nudes: Naked. The EP featured 8 new acoustic renditions of songs from Fake Nudes, giving the collection of tracks a fresh folk-tinged sound that makes listeners feel like they’re at a special, intimate live performance. The band are currently in the studio working on their 16th album.

Through the years, the band has endlessly proved their undeniable power as a live act, with each set propelled by their chemistry. Last year they embarked on a summer-long North American tour with Hootie and the Blowfish to rave reviews, including Billboard who wrote, “Barenaked Ladies may have opened the show, but its headliner status was undeniable.” The ‘Group Therapy Tour’ took them to major markets throughout North America including legendary venues such as New York’s Madison Square Garden, The Hollywood Bowl in Los Angeles, and Toronto’s Budweiser Stage. The Billboard Live Music Summit recently acknowledged the success of the tour, giving it their inaugural “Tour of the Summer” award.

This year the band will tour the UK in April and return to the US with their ‘Last Summer on Earth Tour’ featuring Gin Blossoms and Toad the Wet Sprocket.